It started with a noble goal

Dr. Marc Laird sees one solution to all of Earth’s problems: accelerate the evolution of the human mind. He thinks he has found the right drug to do the job, but the DEA is keen to shut him down before he can properly test it. As Marc fights for his research, another government agency shows interest: DARPA. They’re willing to fund the project, but Marc will have to move dangerously fast if he’s to stay ahead of the DEA agents who want to shut him down.

It became more than they ever expected

As the DEA closes in, Marc assembles a band of friends willing to test the experimental drug. But minds can evolve faster than Marc realized. One by one, the participants unlock strange new abilities—and treachery rises from within their own ranks. With DEA agents ready to strike, Marc and his friends must find some way to hide the secret they’ve uncovered. If they can’t protect their newfound knowledge, fates far worse than prison await them.

This novel is a suspenseful semi-thriller 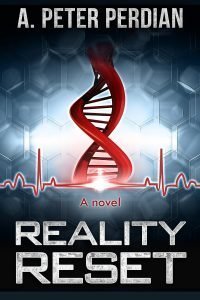