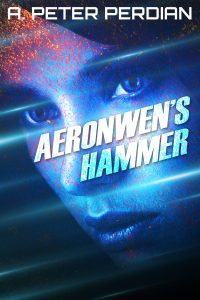 In Norway, Marte Nass, a respected Viking archaeologist, has arrived home to visit her family. While in Oslo, she learns of a recently uncovered tomb, an unmarked and untouched grave dating to the beginning of the Viking era. A preliminary examination shows that the tomb houses a Viking warrior, and with the prospect of excavating the grave before it becomes public knowledge, she’s thrilled.

In England, Derek Lishmer receives a call from Marte. His partner launches into what she’s learned about the tomb, about a possible treasure hidden inside the grave. He puts aside his own excitement to remind her she’s been banned from practicing archaeology in Norway. When Marte tells him she doesn’t care, he heads for Norway.

In Guatemala, Emma Ruiz gets a call from Marte Nass, her best friend. The Mesoamerican archaeologist listens as Marte tells her about the Viking tomb and its remarkable occupant. With follow-up talk of mystical Vikings, spiritual Druids, and pagan gods that supposedly still roam the land, Emma’s persuaded to visit.